5 THINGS HOLDING YOU BACK FROM LIVING THE LIFE YOU DESERVE! 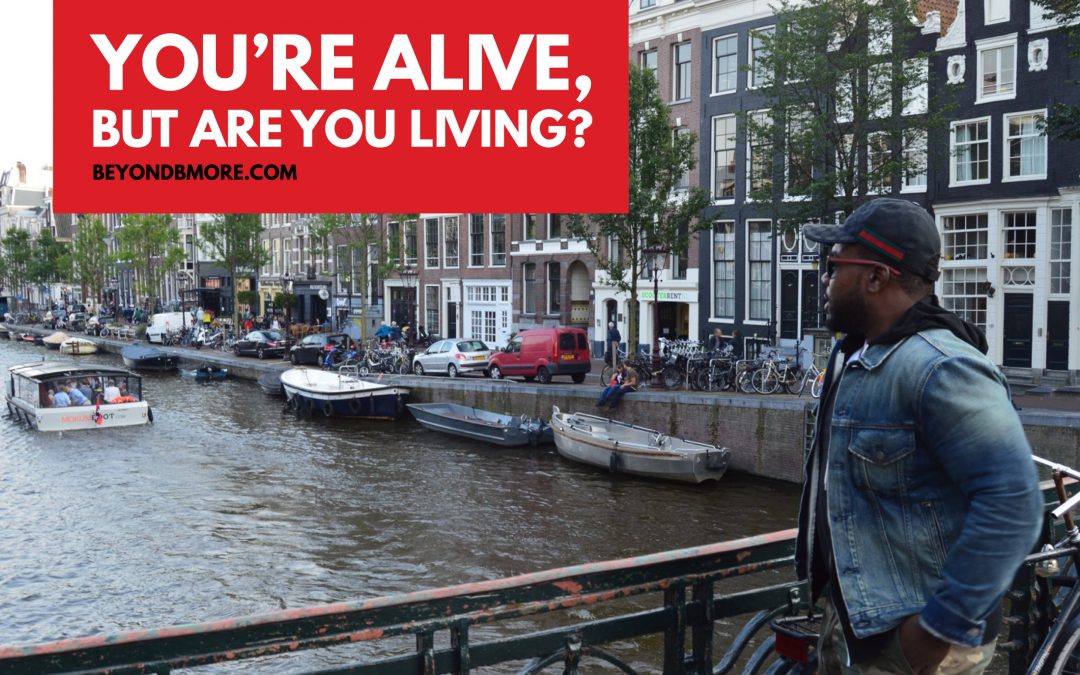 At the end of the day, everyone wants to live what can be considered a “good life.”  If you ask most people what’s currently holding them back, you’d likely get a long list. Because of its length, many people would have no idea where to begin and simply give up before even trying to make the necessary changes. While change doesn’t always come easily, it isn’t impossible. It is important that we not hold ourselves back from the life we rightfully deserve.

Recent conversations with friends along with a post written on SincerelyCrys have inspired me to create a list of the things that often hold us back. Life can be frightening but happiness and success is certainly obtainable. Let’s all agree to stop getting in our own way and allowing the things we can control to prevent our dreams from becoming a reality.

Some of these obstacles include…

FEAR– Even when we don’t realize it, a brief moment of reflection and self-examination will quickly reveal just how much of a stumbling block fear is. We are often so afraid of making mistakes or doing the wrong things that we won’t do anything at all. Fear of failure, fear of rejection, fear of missing out- these are just a few of the fears that take over our minds and cause us to stay in the same positions we are currently in.

When it comes to traveling, like many; I once had the fear of going somewhere alone. It wasn’t until I took that huge step and went abroad by myself where I was reminded of just how independent I am and of my ability to solve conflicts/problems without always having the help of others. Years ago, when I decided to move from home and become a homeowner, I’ll admit that I was afraid. I really had no idea of the responsibility and headache that came along with owning property, yet I was still determined to make it happen. Seven years later, things are still going well and luckily I haven’t burned down the house or gone broke trying to maintain things.

FAMILIARITY– Let’s face it, everyone loves to feel safe and comfortable. Whether this is physical or emotional, we all have a comfort zone. Unfortunately, this comfort zone can prove to be our worst enemy. Too many of us have jobs we hate, relationships we can’t seem to walk away from and toxic environments that do more harm than good to our mental well-being. Sometimes we just need to step away, place ourselves in unfamiliar territory and watch things work. Perhaps, the biggest personal decision I’ve made in life was the day I decided to walk away from my place of worship and do some serious soul searching. Talk about familiarity! During this period of time, I took the chance to research, find the answers to many of the questions I had regarding religion and spirituality and just take a break from the practices and beliefs I had followed since birth. Since then, I have become much more spiritually in tune and have found a sense of peace and freedom that I never knew existed. I often find myself at a lost for words when reflecting on just how GOOD life is despite being constantly warned by those in leadership of the so called dangers in fleeing various teachings. While this unpopular decision certainly placed me in a position of unfamiliarity and uncertainty, made others upset and even came with the loss of some friends; the word blessed now has a whole new meaning.

TIME– It’s the only thing we invest in that we can’t get back. When it comes to making major decisions or taking risks in life, we are often quick to wonder if it’s the right time. We also put off things with the excuse of not having enough time. Yes, time is free; but it is also priceless. For the majority of my life, my family has owned and operated funeral homes. The business serves as a constant reminder of the value of time. I often design and read the obituaries of persons both young and old whose lives have suddenly ended in some of the most unimaginable ways. Tragedy and/or sudden death can strike at any minute, revealing the true meaning of the phrase “Tomorrow is not promised.” Being so up close and personal with death serves as a kick and push to never stop living and checking off those items on my bucket list one by one. When the day comes that I am no longer here, I am determined not to have a life story full of “he planned to,” “ he wanted to” and “if he could have… he would have…” but instead; “he did.” We have to stop living in the past or waiting for the future and start living in the PRESENT.

DREAM KILLERS– We all know one (or a few). Surprisingly, these are often your close friends and even family members. You can spend hours carefully explaining your goals and plans to them only to be quickly shot down with negativity. It’s not easy to tell if they’re just being hateful, envious, or downright stupid. They’re also always the ones questioning your reasoning for the decisions you make in life and the things you decide to do. When life gets busy and you find yourself attending event after event, or taking advantage of an unbelievable chance to travel, they’ll be sure to ask “Do you ever sit still?” If you purchase a black car, they’ll want to know why you didn’t buy the blue one instead. That item you’ve had your eye on for a while and finally splurged and purchased…yea, they’ve definitely got plenty of other things they would’ve spent their money on. Leave these people alone. Misery loves company so make that one invite that you’re sure to turn down. Being pessimistic is one thing, being petty is another.

SELF-DOUBT– Just like those dream killers who try to fill your head with negativity and criticism, self-doubt can be one of life’s biggest distractions. I often wonder where I’d be right now in life if I had let doubt get the best of me. I also wonder where I’d be if I hadn’t allowed this to happen. Way too often, we allow those voices in our heads to cause us not to trust ourselves and derail our journey. We are our biggest cheerleader and with the right attitude we can bring anything we think of, into being. It is important not to let past experiences, failures or comments from others dictate the path that we will take in the future. Stay focused and maintain positive thoughts. The next time you think you’re going to fail, think of a time where you felt similarly, but succeeded. Find a support system that understands and reassures you of your abilities and use that as a reminder of the life you deserve. Don’t be your worst critic because sometimes the only person who will be in your corner is YOU.

While there are certainly many more things that can be added to this list, these five particular points are those that I  personally relate to the most. I am determined to follow my own suggestions and constantly work to improve life as a whole. You’re alive, but are you living?

What are some of the things that you believe may be holding you back?