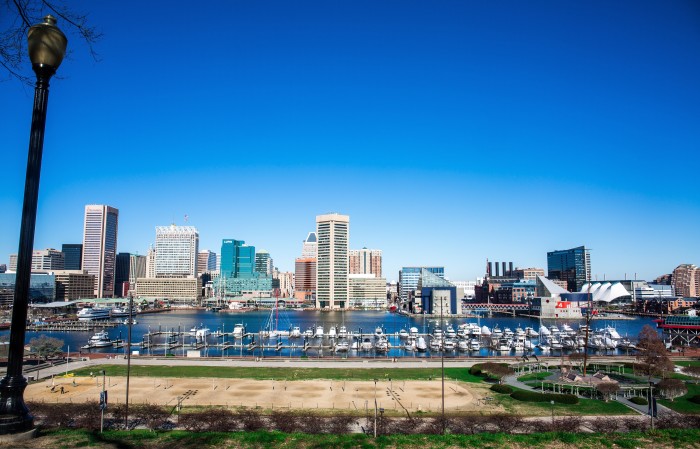 Fight-or-Flight response– a physiological reaction that occurs in response to a perceived harmful event, attack, or threat to survival.

Oh Baltimore… where do I begin? Should I start with the 344 homicides in 2015? How about the ridiculous property taxes, abandoned homes and pothole filled streets? Or maybe I’ll talk about our sad and embarrassing school system. The issues I just mentioned are more than enough for anyone’s fight-or-flight response to kick in and have them packing their belongings and haul-tailing out of here. But, you’re HOME and for some reason I just can’t seem to leave you.

Years ago when I decided it was time to grow and move out of my childhood home, the options were endless. I remember being online looking at houses all over, trying to find that one special place I could call my own. Despite going into the search and planning on getting OUT, I found myself falling in love with the first house I checked out… right here in Baltimore. Things worked out and that love/hate relationship I had with Charm City continued.

Being on my own meant that I would now have to “get my grown man on” and take care of all of the things that came along with being a homeowner. Property, utilities and other services were now in my name and the responsibilities were plenty. Everything was all good until I eventually experienced the headache that comes along with making calls to city departments for help, voicing concerns, or just asking simple questions. Man! Does everybody have an attitude!? You’d think you stole something from these people with their tone and lack of enthusiasm you sometimes get. I’m talking- mother mad she had to take off of work because you acted up in school… AT-TI-TUDE! Luckily, I don’t have to make these calls often and for the most part we’re good.

I remember that dreadful day back in April 2015 when tempers flared, a few young people got into it with the police, things quickly escalated and a so called “riot” started. As if we needed anything else to shed a negative light on our city; now the world had to see a CVS on fire, a handful of residents acting disgraceful and tons of people were given one more thing to add to their list of “Why I’m NEVER going to Baltimore!”

So Baltimore, you win again. As much as I want to turn my back on you at times and forget some of the painful memories we’ve had, I can’t. I’ve got a purpose here and I’m determined to work things out with you and keep positivity flowing. For now, I choose to fight and the only flight I’ll consider will be on a plane. But please, start treating me just a little bit better. 😉