MY PERFECT WEEKEND AT THE CINCINNATI MUSIC FESTIVAL 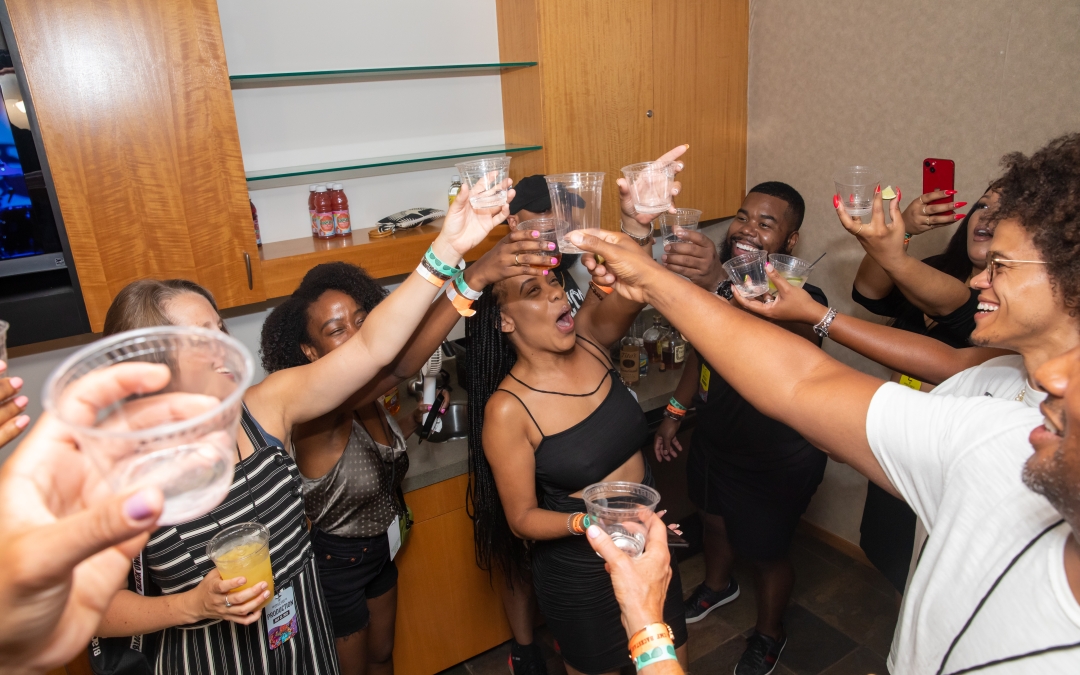 For years I have had the desire to visit Cincinnati, Ohio. Known as The Queen City, Cincinnati’s strategic location in the Midwest serves as a gateway to the region. The city has a vibrant cultural scene filled with a ton of history, restaurants, bars, and breweries. As the home of the 2021 AFC Champion Cincinnati Bengals, a wide variety of sports teams keep the city’s energy up year-round.

The 2022 lineup included something for everyone from local artist Arin Ray to global superstars Charlie Wilson and Janet Jackson. After my trip, it was clear why Cincinnati makes the list of the most fun cities in the US and the Best cities for millennials.

Here’s how to enjoy the perfect weekend at the Cincinnati Music Festival:

The Festivities kicked off with a Press Conference downtown at the rebranded Hard Rock Casino. Local elected officials including mayor Aftab Pureval and festival dignitaries excited the crowd as participants celebrated the return of the event after a 2-year absence. Being in a room surrounded by so many people responsible for this great event was amazing. I even got interviewed and appeared on the news! 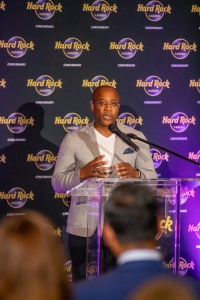 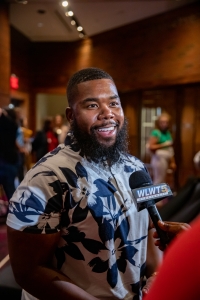 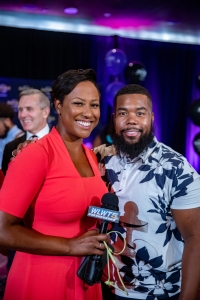 The party continued at the Andrew J. Brady Music Center, where the opening night of performances began. Arin Ray opened up to a supportive home crowd. BJ the Chicago Kid kept the energy high during his set. “Shea Butter Baby” singer Ari Lennox serenaded us with all the hits! Ending the night with her recent #1 single “Pressure”.  At the conclusion of  day one, I knew the rest of my time would be one for the books. 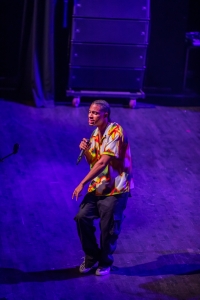 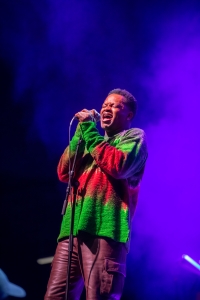 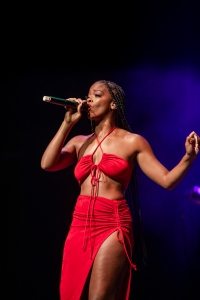 After just a few hours of sleep, the fun continued. The day kicked off with an up close and personal guided tour of the Findlay Market. As one of Cincinnati’s most cherished institutions, the Findlay Market is Ohio’s oldest continuously operated Public market. It is home to over 40 merchants selling everything from meat, fish, and produce as well as flowers and beverages. Eckerlin Meats is an old-fashioned butcher shop that first opened in 1855. Here I tried a local favorite known as goetta. Goetta is made by blending a unique mix of ground pork and beef. It’s also combined with onion and steel-cut pinhead oats and a blend of spices. It is then slow-cooked for hours. The taste instantly reminded me of the mid-Atlantic favorite scrapple. I enjoyed it so much that I asked for seconds! From April – November there is also a farmers market which brings in more vendors, live music, and special events on Wednesdays and weekends. I can certainly see why Findlay Market has remained a prominent space for so long.

After filling my belly I set out on a walking tour of the historic Over-the-Rhine (OTR) neighborhood. This neighborhood was built by German immigrants in the early 1800s. The working-class residents had to cross the Miami and Erie Canal that ran through the center of the city to get to the downtown area for work. Many compared the crossing of the canal to the crossing of the Rhine river into Germany. Hence the nickname was born. OTR is packed with many local restaurants, bars, and shops, many of which are Black-Owned businesses. While exploring the area, I stopped by Revel, a Black-Owned bar and winery for an afternoon party. The drinks were flowing and the crowd was dancing nonstop. I could have easily stayed there until close, but night two of the CMF awaited! I headed back to my hotel to prepare. 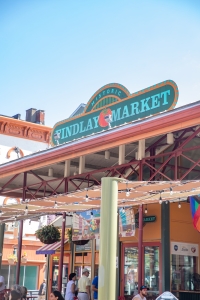 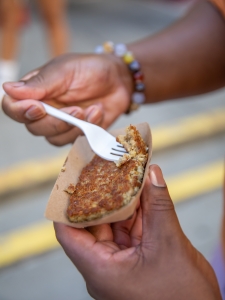 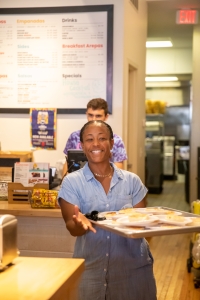 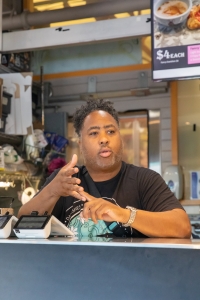 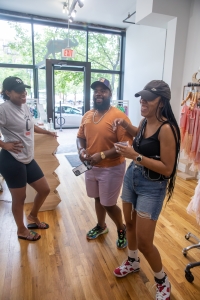 The energy walking into Paycor Stadium (formerly known as Paul Brown Stadium) was electric! Festival goers, street performers, and vendors packed the area as everyone rushed inside.

Jonathan Butler got the party going. Legendary Toni! Tony! Tone! then took the stage and things really got jumping! They sang all of the hits including “Whatever You Want, “Feels Good,” and everyone’s favorite- “Anniversary.” From young to old, we were all on our feet singing in our best “shower voices.” The energy remained high as Anthony Hamilton performed hit after hit. My personal favorite song “The Best of Me” made me think of all of the wedding receptions where everyone heads to the dance floor. Keyshia Cole and her powerful voice carried throughout the entire stadium as she raised the hype even higher. The last performance of the night was exactly who the crowd came to see. Charlie Wilson brought the funk, dance moves, and wardrobe to close things out and set the bar high for the following day. 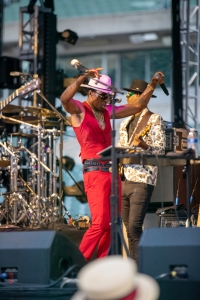 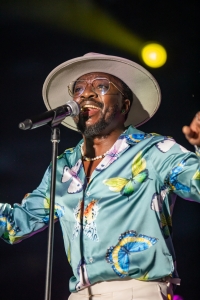 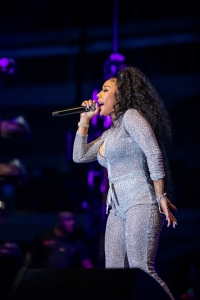 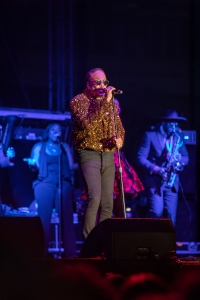 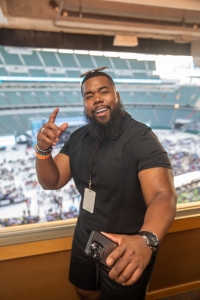 The final day of the festivities began with a forceful knock at my hotel door. Confused, I realized that I had so much fun during and following night two that I forgot to set my alarm! I quickly showered and got dressed to head out because there was no way I would miss the day’s events.

My first stop was a visit to the National Underground Railroad Freedom Center. The banks of the Ohio River separated the slave states of the South from the free states of the North. It is fitting that the center’s physical location is just steps away. The exhibits inside the Freedom Center are truly informative and immersive. I appreciate the attention to detail as each step takes visitors inside the quest and fight for freedom locally, nationally, and globally.

Immediately after, I headed to the Cincinnati Black Music Walk of Fame Induction and Dedication Ceremony. From red-carpet entrances to live performances, the ceremony was inspiring. 2022 inductees included Midnight Star, Penny Ford and Hi-Tek. There was also a tribe to the 2021 inductees, Bootsy Collins, Otis Williams, Dr. Charles Ford, and the Isley Brothers. I had the opportunity to meet a few of the inductees, but the highlight was meeting legendary L.A. Reid! Following the ceremony, The Zapp Band put on an electrifying free concert. I left the concert before its conclusion to gear up for the final night of performances. 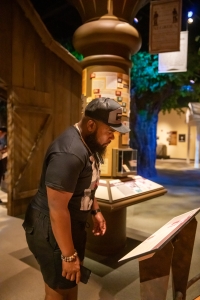 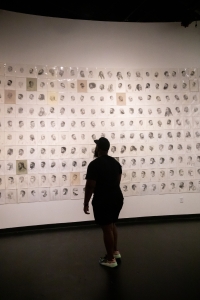 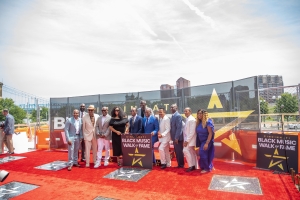 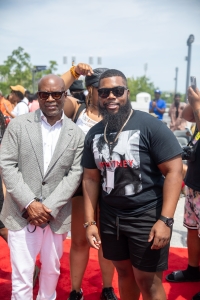 Walking into the final night of CMF was like attending one huge family reunion! There was so much excitement and enthusiasm. Groups of attendees were coordinated in their matching all-white outfits making it clear that I was in the place to be. As if I needed any more convincing to make this an annual trip, Saturday night sealed the deal!

Jazz great Kirk Whalum opened the show and set the mood for the evening. It was so cool to witness his incredible skills as a saxophonist. After 7 followed, bringing all of the R&B vibes. This was the perfect lead-up to Tank who immediately had the crowd on their feet. Once his set concluded, it was time to prepare for an icon! Security beefed up, larger crowds attempted to gather near the stage and cheers rang out well before set time. Music legend herself- Janet Jackson was next to perform and WOW did she put on a show! I have never in my life been so mesmerized by a performer. I had always heard stories about experiencing musical greats live in concert, I’ve even seen a few. But, this was different. Her lengthy performance filled with singing, dancing, and intimate crowd interaction made it clear why so many others emulate her style. I promise, she even made eye contact with me! (LOL). After Janet finished, a break was needed to take it all in and prepare for the final act- The O’Jays. It was fitting to have such an impactful group conclude the CMF. After more than 60 years of creating music and performing, the O’Jays are preparing to say farewell. This performance reminded me of late nights as a child, listening to the radio with my parents. Their songs were the perfect cool-down and provided me with the chance to just sit back and take in all I had gotten to experience in Cincinnati and at the Cincinnati Music Festival. 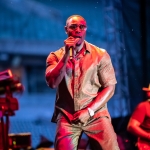 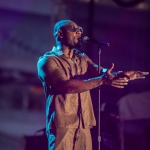 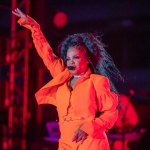 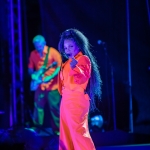 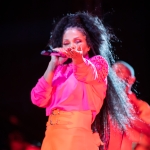 After just 3 short days in The Queen City, it was clear why the city has such a great reputation and the significance of this festival. To witness so much history while interacting with locals and visitors was a real joy. The historic neighborhoods and small businesses are truly what make the city so special. I am excited to see what the future holds as Cincinnati continues to grow as a place for dreamers, doers, innovators, and makers. The diverse community and welcoming vibe are sure to make anyone feel right at home. I cannot wait to revisit! Until next time Cincinnati… 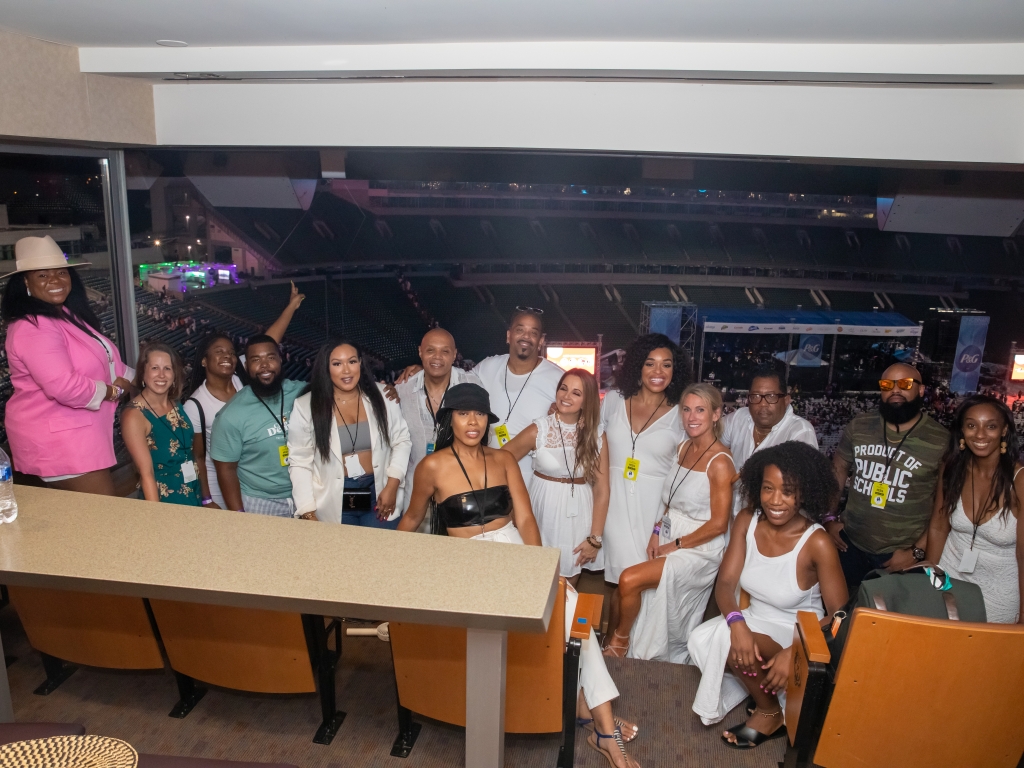