Why Hampton, Virginia should be at the top of your list of places to visit this year 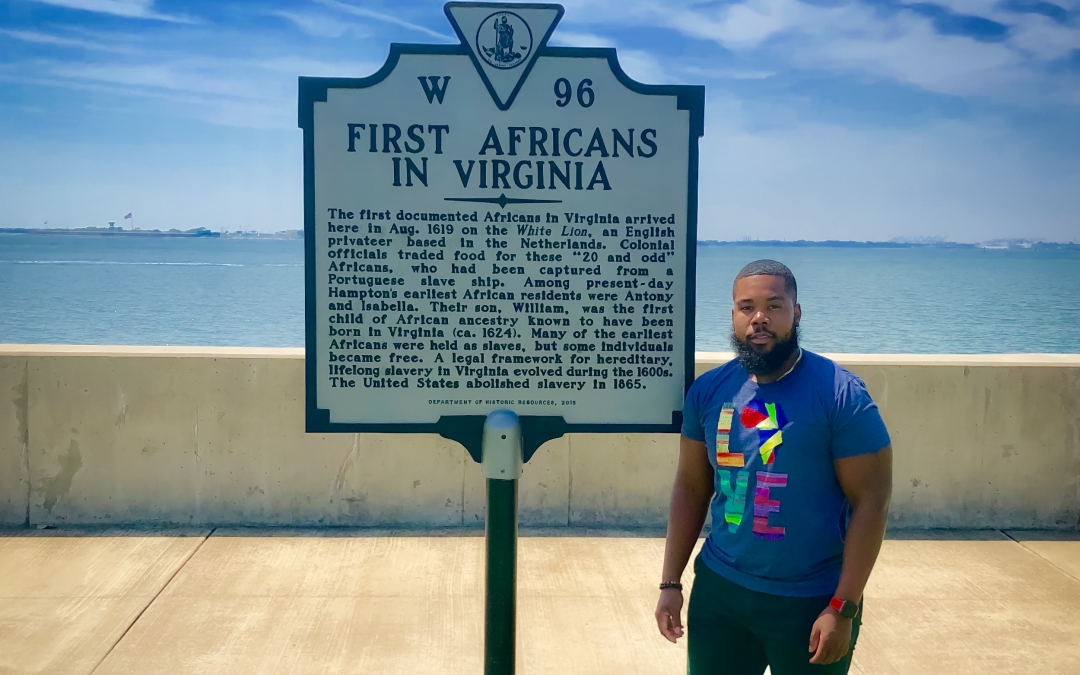 Every day, millions of us brainstorm and research “must see” destinations to visit. Whether domestic or international, the excitement and effort put into this process quickly leads to booking transportation and accommodations. While most of us tend to focus only on the most popular cities, the one place you need to be this year may shock you.

Growing up, many trips with family and friends led to the city of Hampton, Virginia. Whether you spend your time enjoying the waves and sand at the city’s popular beaches, eating at the many restaurants, or exploring museums, there’s something for everyone. The frequent visits had me under the impression that I knew most of the important facts and sites to see; I was pleasantly surprised to learn that I had barely scratched the surface.

This year marks the 400th Anniversary of the first landing of the slave ships carrying Africans in Virginia, symbolizing the beginning of slavery in America. As thousands of descendants of slaves have made or plan to make the emotional return to Ghana for The Year of Return, many have no clue about the vast history that awaits right in our own country. Whether you have the opportunity to visit Ghana or not, you should place a trip to Hampton, Virginia at the top of your list.

Joining in the global commemoration of the 400th anniversary of the First African Landing, the Hampton 2019 Commemorative Commission along with other partners have a number of activities and events planned during the weekend of August 23-25, 2019. Visitors from near and far will crowd the city and surrounding areas to reflect, honor, and commemorate.

The following brochure provides a full outline of the events surrounding the 2019 First African Landing Commemoration. Also included are other events on a number of dates that are sure to not disappoint.  While it may be impossible to visit all of the events and sites during the commemoration weekend or other times, there are a few places that should not be skipped. 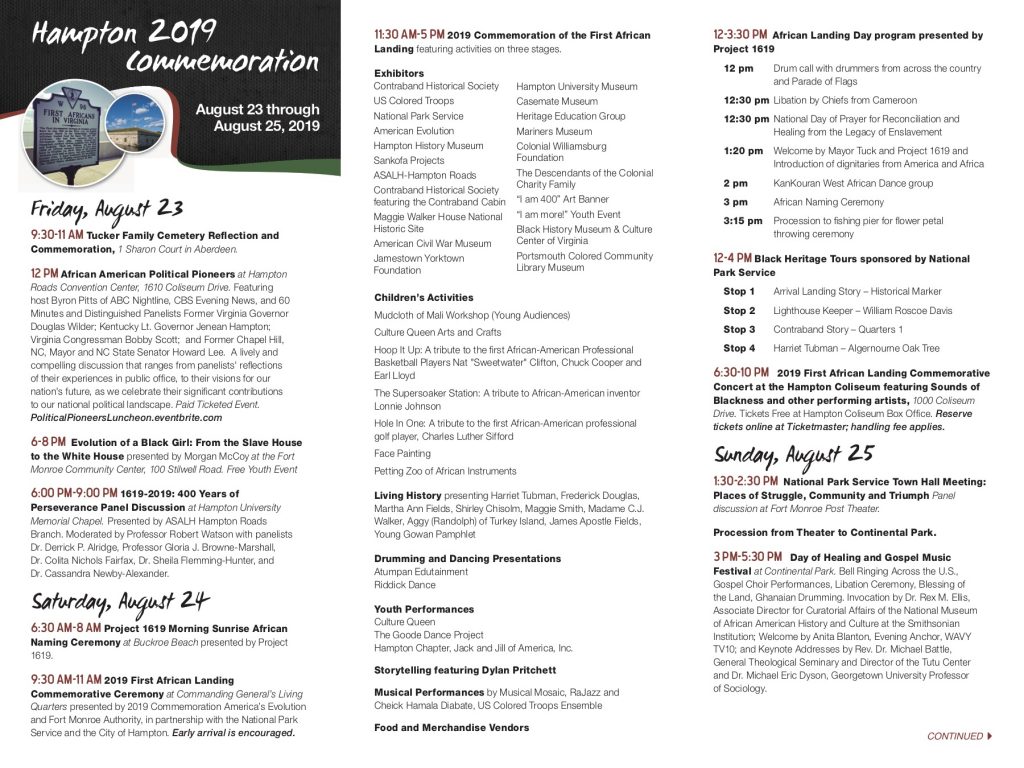 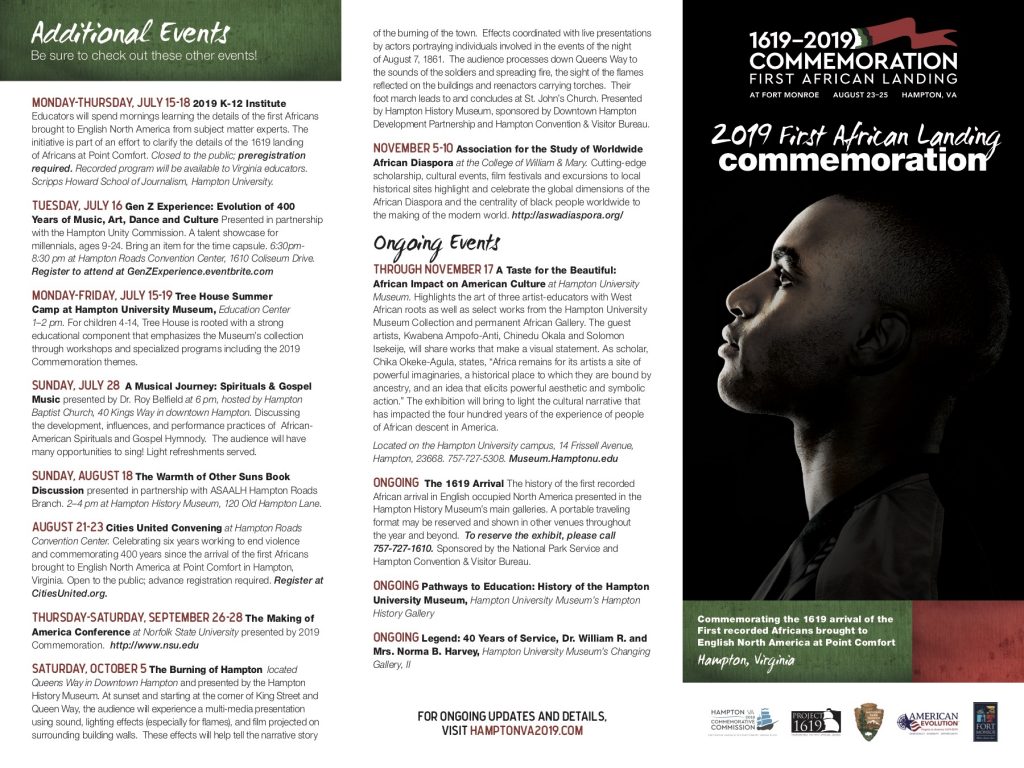 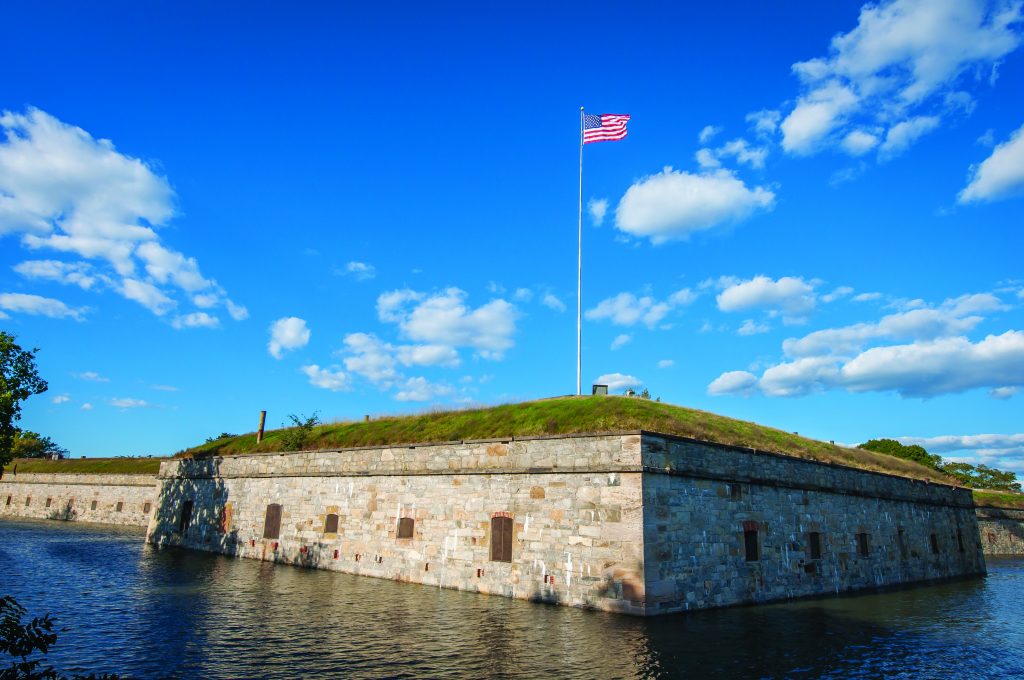 August 25, 1619 marks the date that the English privateer ship the White Lion carrying enslaved Africans to North America landed at Point Comfort in Hampton, Virginia.  There were “20 and odd” captured and documented Africans dropped off here. These Africans were skilled farmers, herders, blacksmiths, and artisans. Had it not been for them, many of the colonies would not have been able to survive. In addition to their culture, language and beliefs, they brought many ideas and innovations including food production, crop cultivation, music, and dance. These enslaved Africans helped to make not only Hampton, but the United States what it is today.

At Fort Monroe, you will find the marker symbolizing the landing of the First Africans in Virginia. You can also visit the Casemate Museum and explore the nation’s largest masonry fort. Later this Fall, the Fort Monroe Visitor and Education Center will open; exhibits include the 1619 Arrival Story, the Virginia Indians, the 1861 “Contraband Decision,” and the US Army presence at the fort. 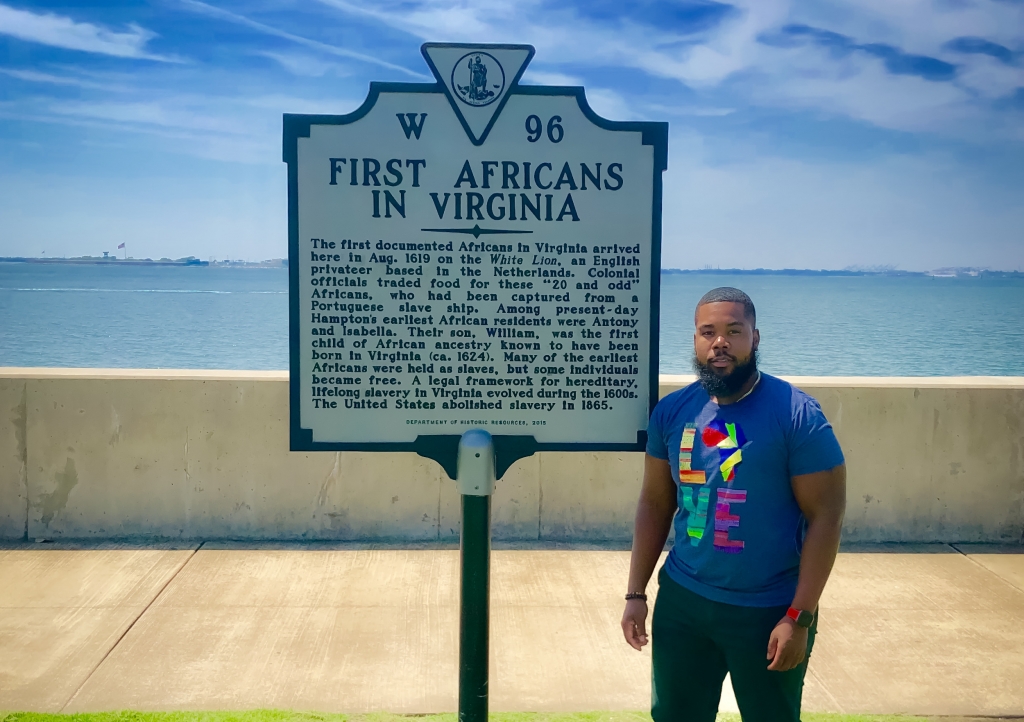 You can also visit many beaches, restaurants and other points of interest. In short, a visit to Fort Monroe is a must! 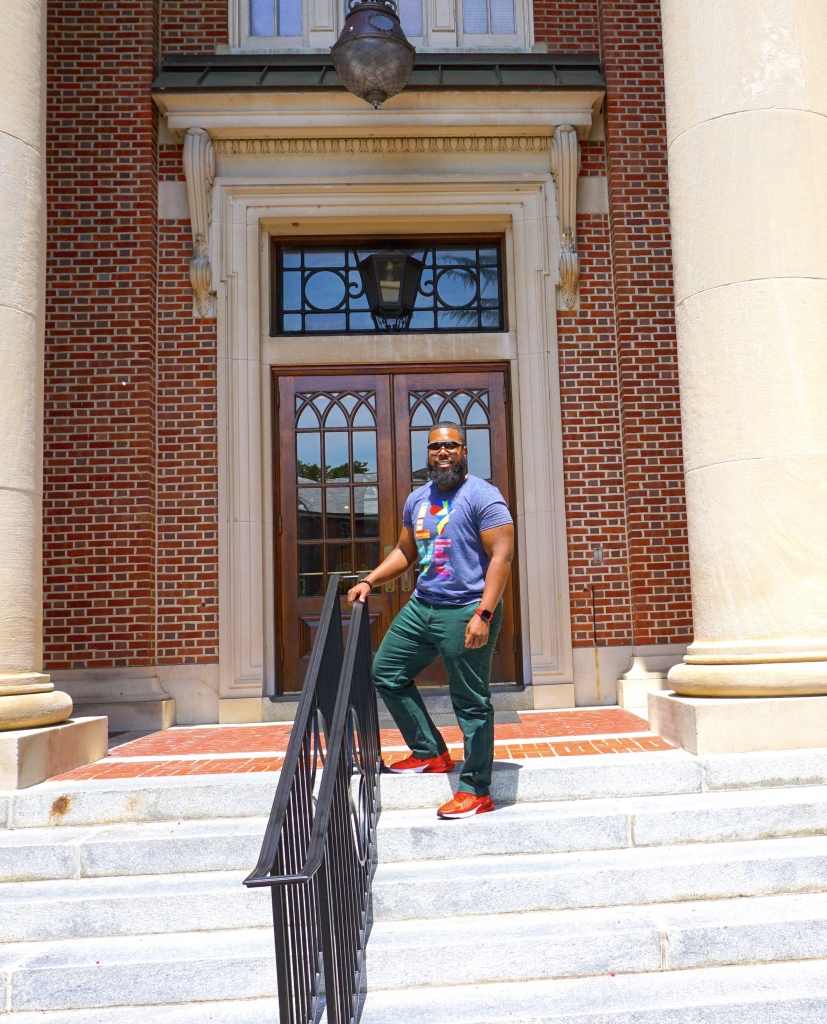 During your visit to the museum, you will find over 10,000 artifacts including traditional art from Africa, Native America, Asia and Oceania; African American fine arts and objects relating to the school’s history. Hampton University founder, Samuel Chapman Armstrong declared that a good education influenced “the head, the hand, and the heart.” He charged the museum with aiding in this mission. Needless to say, he would not be disappointed. 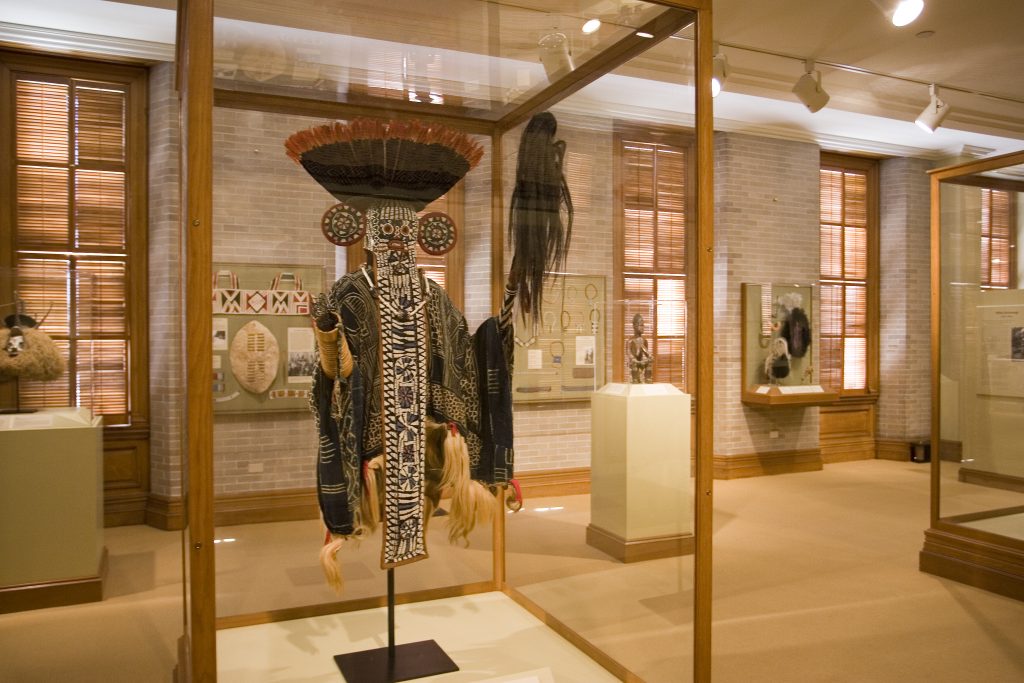 Be sure to purchase a souvenir from the museum’s store to forever remember your visit. 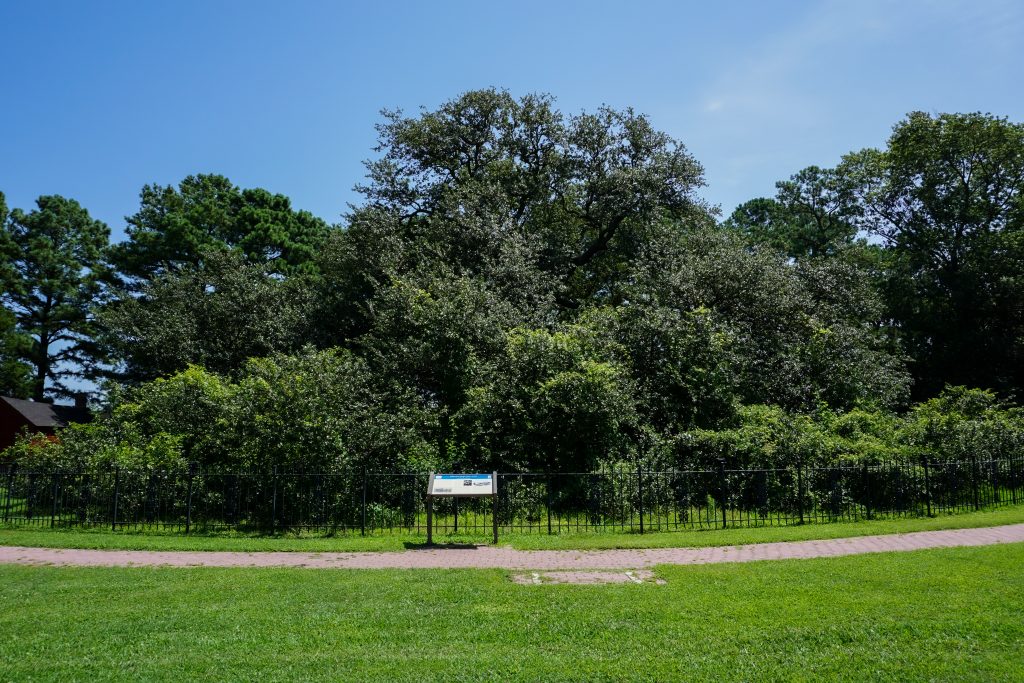 Just near the entrance of Hampton University is Emancipation Oak. This tree is a lasting symbol of self-determination, hope, resiliency, and freedom. It is under the shade of this tree where many freedom seekers learned to read and write despite laws prohibiting such actions.

The Emancipation Oak is also the reported location of the first Southern reading of the Emancipation Proclamation in 1863 which declared slaves forever free. 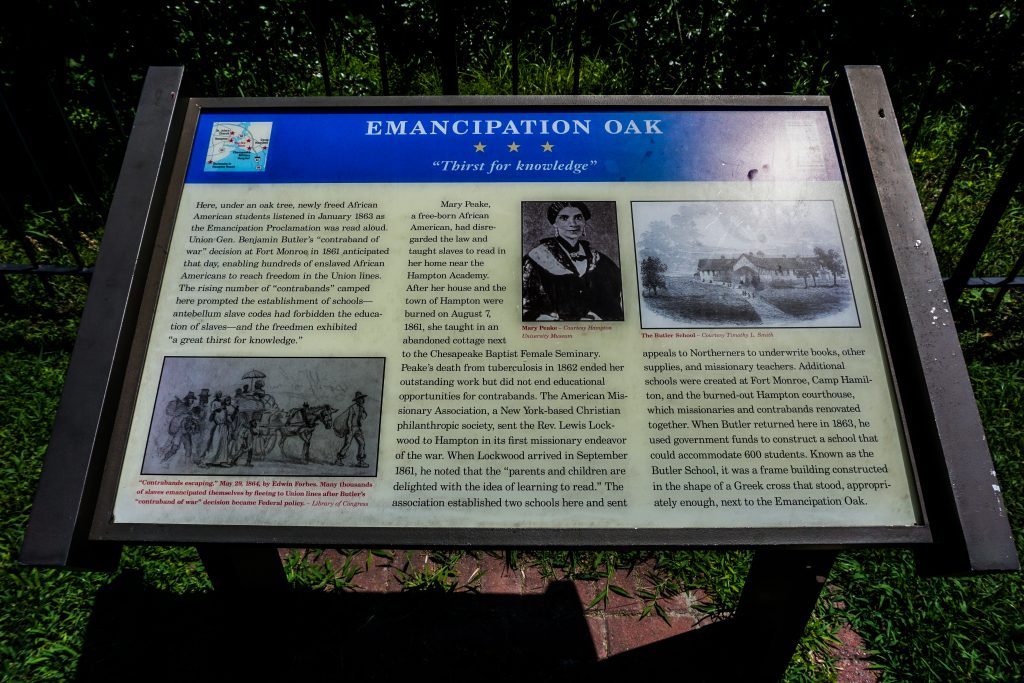 This historic site is not to be missed. 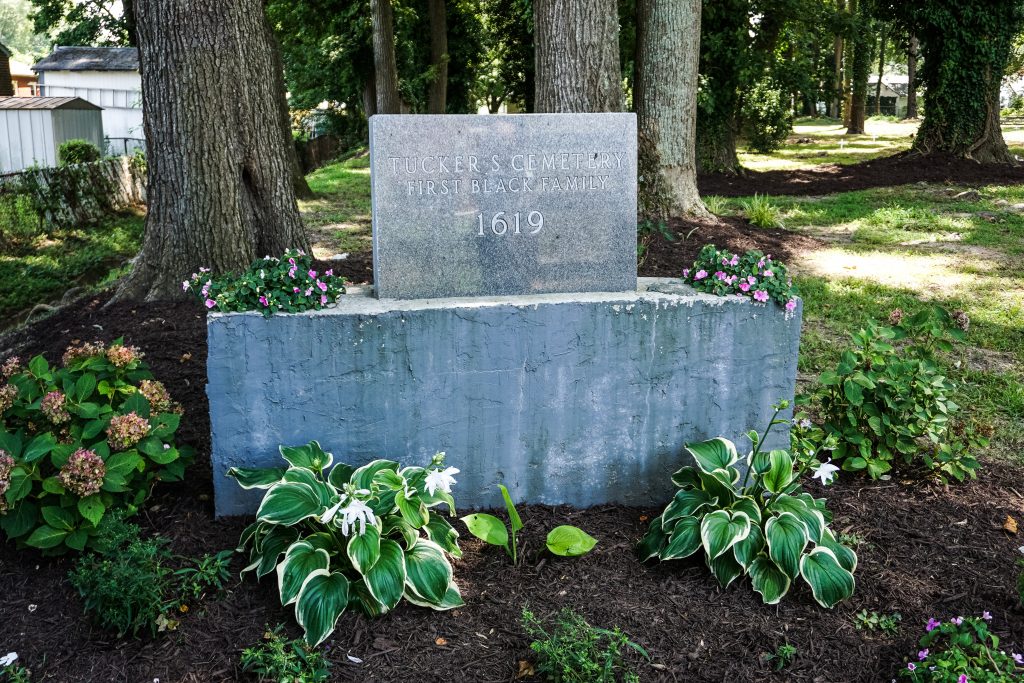 Hidden behind a community of homes lies the Tucker Family Cemetery. It has been around for more than 300 years. Family members say that at one point every black or African person who died was buried there. 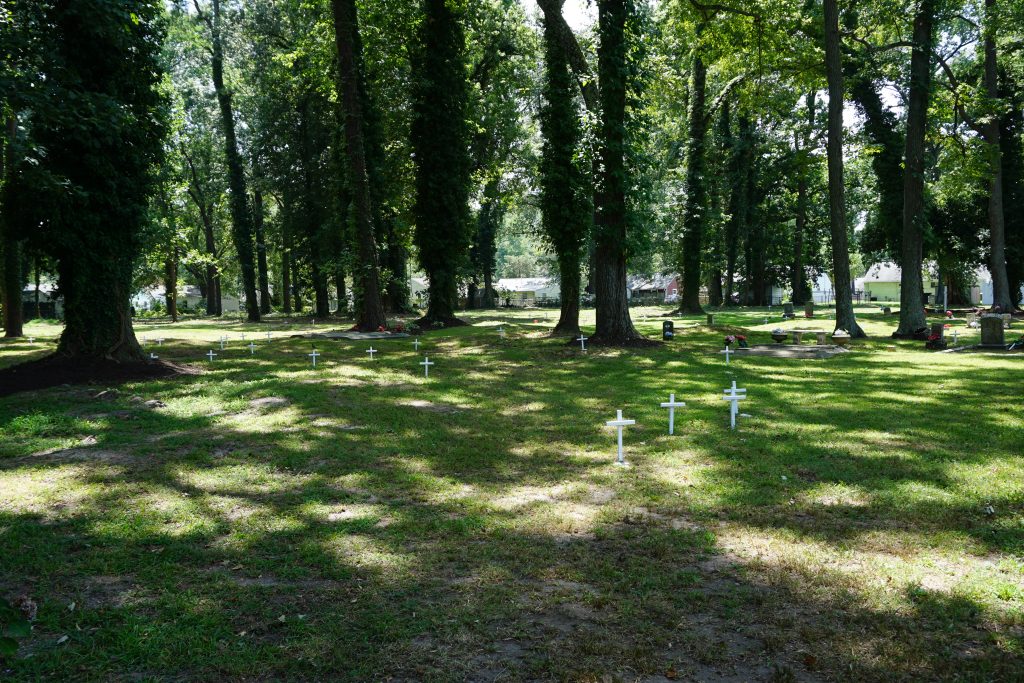 A visit is sure to provide a solemn reminder of the many people who ended up here as their final resting place. 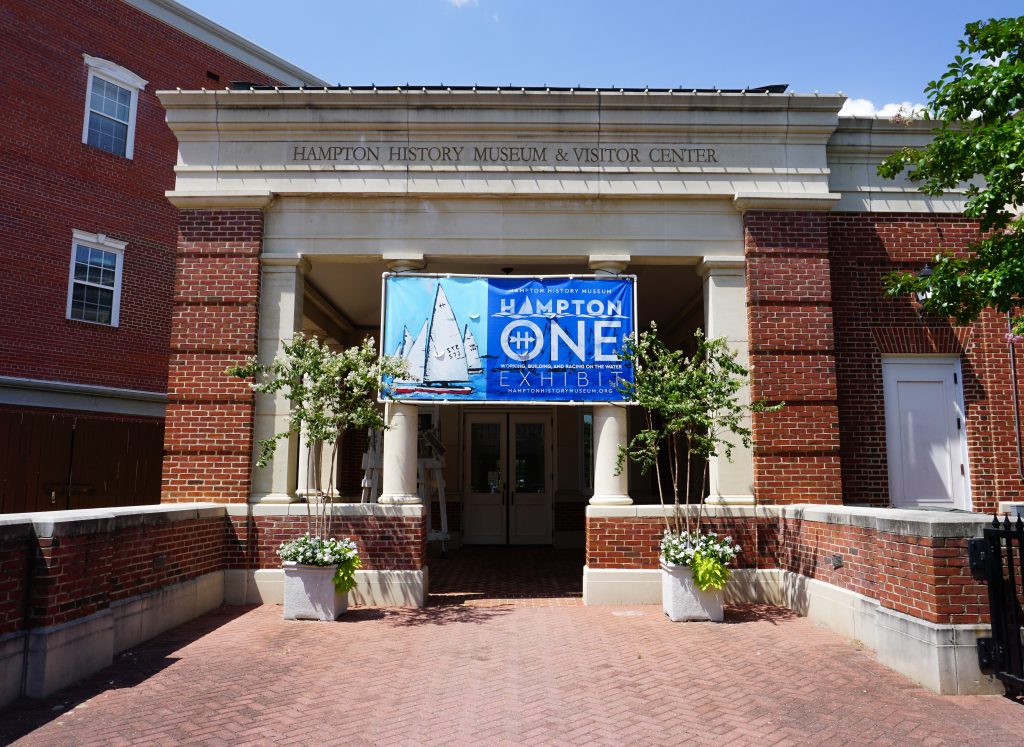 The Hampton History Museum is the perfect place to discover the important role Hampton has played in all periods of our nation’s past.

The museum has an amazing 1619: African Arrival Exhibit that is unique from any other. Included in the exhibit are a pair of slave shackles from the period, a hoe and axe dating from around 1660, and a model of the White Lion. 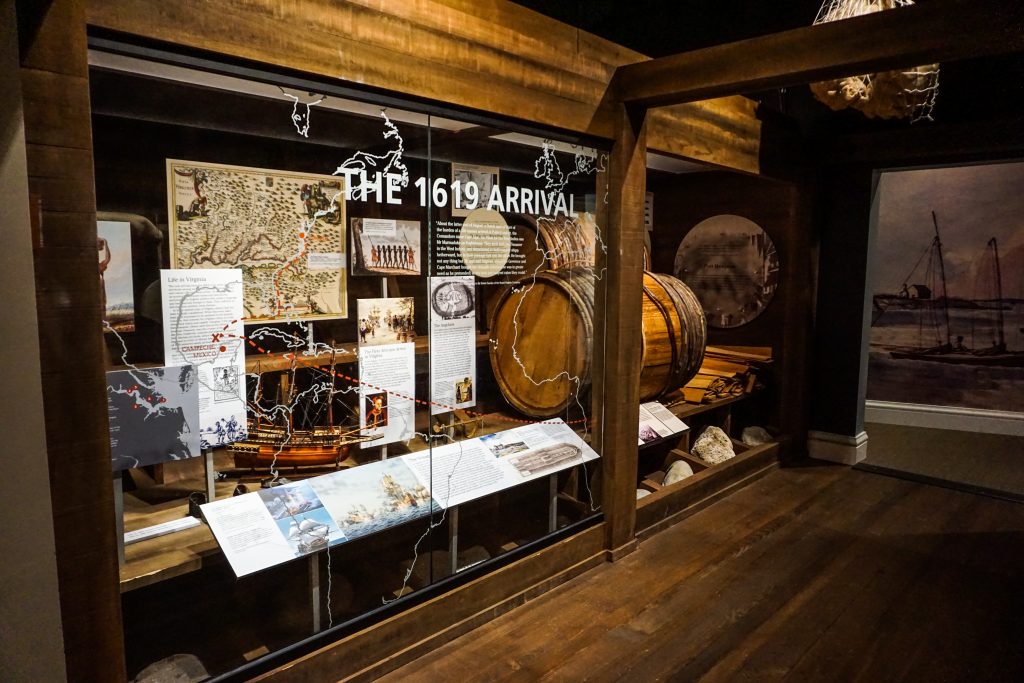 Within walking distance are many popular restaurants and shops to enjoy before or after your visit.

A trip to Hampton and these sites of historical significance will leave visitors of all ages fulfilled. Along with a ton of other options of places to visit and experience, there’s no reason why this city should be overlooked.

Make 2019 the year you check Hampton, Virginia off of your list!

For further information about the city of Hampton and this year’s special events, please visit the following websites:

Special thanks to the Hampton Convention and Visitor Bureau for their hospitality and warm welcome!